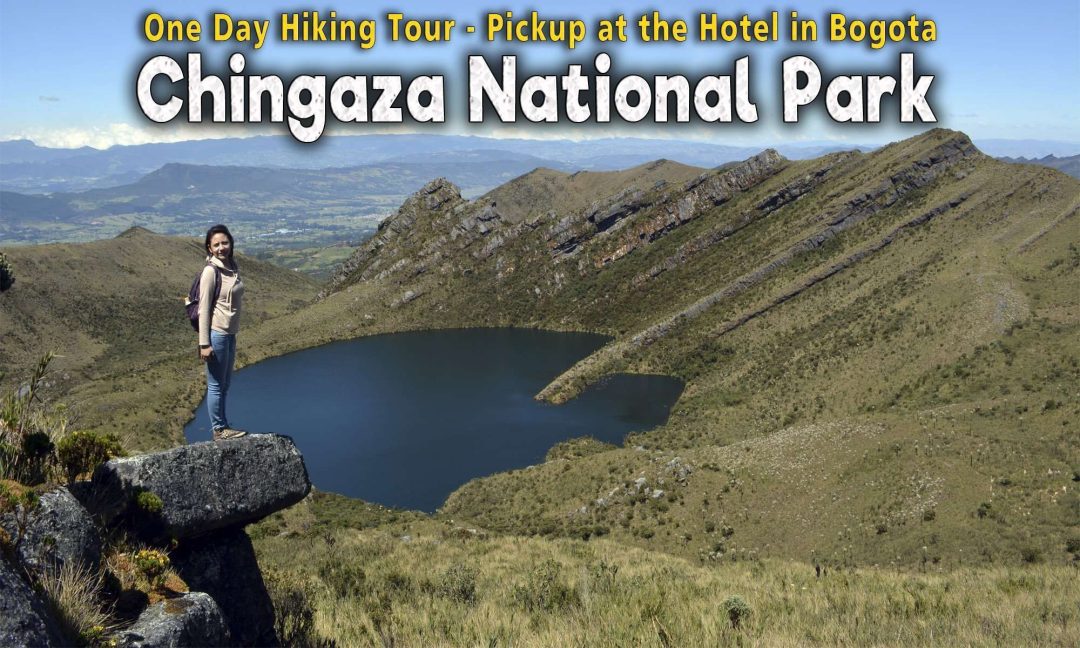 Venture to the stunning Mountain of water (Chingaza National Park), replete with natural spring water, sacred lakes, majestic flora and fauna of the Andes and indigenous sacred places, creating the impression of an unusual and mysterious environment.

Make better use of your time at the Chingaza National Park by embarking on a day hike tour with one of our professional guides! Learn about the stunning paramo and cloud forest and the cultural history of this area. While you’re visiting, sacred places of the Muisca people come to life with unique stories relayed through your guide. This means focus just on hiking and leave the rest to us!

See endanger species, endemic plants, hundreds of birds, the amazing frailejon, sacred lagoons. Experience the assurance that comes with hiking with a guide who knows the area’s terrain, wildlife and weather. Challenge yourself on a significant hike into the paramos of Chingaza Park; stop several amazing viewpoints; and do it all in comfort and in one full, remarkable day.

The Best Hiking Trails in Chingaza

We offer custom hikes on any of 14 north rim interpretative trails listed below. You can choose the trail according to your preferences. Join us for a day of hiking you’ll never forget!

(Notice: Siecha lakes trail is in the same area as Buitrago lakes trail and if you want you can combine the two)

Give us a message today at +573202063523 (WhatsApp: https://wa.me/573202063523) or send an email to eduardoc@caminatasecologicasbogota.com // y.eduardocampos@gmail.com and learn more about the trip and trail options, Things to do in Bogota

It is recommended to wear comfortable clothes for humid weather, coat, hat and sunscreen. Below is a general list of recommended clothing and gear items.

(Important: for security please keep your purse, carrion, wallet, keys, camera and other valuables with you at all times. We are not responsible for lost or stolen articles)

Chingaza Natural National Park is located in the eastern mountain range of the Andes, only an hour’s drive away from Bogota, capital of Colombia. Seen from the sky, the park is shaped as a butterfly. Chingaza Park is made up of 11 towns in the departments of Cundinamarca and Meta: Fómeque, Guasca, La Calera, Choachi, Gachala, Junín, Medina (Cundinamarca), Restrepo, Cumaral, El Calvario y San Juanito (Meta).

The meaning of Chingaza in Muisca language is “Chim-gua-za”: Mountain Range of God Night

Paramos are the most common ecosystems in the western area of Chingaza Park. However, to the east site, the park runs along the llano foothill, full of breathtaking views and big ravines.

Chingaza Park offers 7,660 hectares of virgin high Andean forest sub-paramo and paramos ecosystems. The paramo is a kind of mountain wetlands endemic to the northern Andes. The paramo is a giant geographical sponge that provides the major sources of drinking water. 49% of the world’s paramos are in Colombia. Sumapaz Paramo, located in Bogotá, is the largest in Colombia and in the world. So, a trip to Chingaza or Sumapaz while you are in Bogotá is a unique occasion to visit an unusual ecosystem and learn about its species.

Chingaza lake is the main one with the great artificial reservoir Chuza, that supply 80 % of water to Bogotá and its neighboring municipalities. This is 220 million cubic meters of drinking water for a population of 10 million.

Siecha lakes are located on the north side of the Chingaza National Park, in the municipality of Guasca, Cundinamarca. Siecha lakes are a series of three lakes of glacier origin and several small lakes. This series of lakes are surrounded by a steep mountain formation, known by the name of Cuchilla de Siecha, which reaches 3750 meters above sea level.

The Chingaza Park was part of Muisca or Chibcha territory. The water was in the core and basis of the Muisca cosmogony. Several mountains and lakes were holy places. These places were pilgrimage destination and ceremonial sites. In the Altiplano Cundiboyacense (a Hight plateau located in the eastern Cordillera of the Colombian Andes) are located between 7 and 13 sacred lakes. The Muisca people performed the pilgrimage to each and every one of these lakes. These people considered privilege to die on the way.

The Chibcha people considered the lakes scene of fertility rituals. Siecha lagoons are considered one of the major sacred lagoons. This is because, in the sacred Siecha lake was found a gold raft, similar to that raft located in Museum of Gold of Bogotá.

According to the historians, the Usaque, covered in gold dust, soaking on the water of Guatavita’s lake, while the other pilgrims threw holy offerings among which were gold work and relics made of emerald. This ritual gave birth to the famous Golden Legend of El Dorado.

In the colonial period, these lakes posed a threat to the evangelization because the Muisca people continued to perform the pilgrimage to the lakes and to make offerings.

Buitrago lakes are located in the Chingaza National Park, in the municipality of Guasca. The beautiful Buitrago Lakes are two. These lakes flow into two different rivers. One flows into the Orinoco River and the other one empties into Magdalena River. Buitrago Lakes are surrounding of unique frailejones.

The most representative plant of the paramo is called frailejon or espeletia. Chingaza National Park has four species of frailejon: Espeletia Argentea, E, Killipii Var, Killipii and E. Uribei. One of them is endemic, the Espeletia Uribei. By the way, visitors can enjoy one of the breathtaking views: Frailejons guard the paramo ecosystem like enormous soldiers in the mystic frailejon-valley.

Chingaza National Park is home to more than 16 amphibian species, more than 6 reptilian species, several species of fish, more than 167 species of mammals. So, you could have a chance to see whitetail deer and spectacled bears (Andean bear Tremarctos Ornatus). Chingaza Park is the shelter of more than 50 spectacled bears. This bears are the guardians of the natural spring water, because bears hack it out with its paws and its big body, allowing sunlight from reaching the lower parts of the park. Spectacled bear was declared in danger of extinction.

Other vulnerable species sheltered by Chingaza Park are the tapir of paramo (Tapirus pinchaque), the puma (Felix concolor), the gallito de las rocas (Rupicola peruviana), the jaguar (leon onca), among others.

Camping is allowed only on one designated place: Monteredondo. This place is the park headquarters. Monteredondo is strategically located. It allows you to take advantage of all the interpretative trails. In the direct vicinity of Monte Redondo, is the Reservoir Chuza.

However, weather is unpredictable and can change rapidly. Sometimes weather is hot and sunny, but temperature can drop to 4,5 oC, when there’s thick cloud coverage over the paramo. 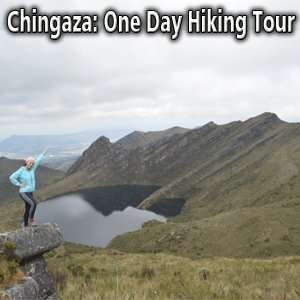 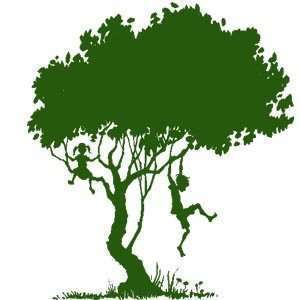